skip to main | skip to sidebar

Architects can learn a lot by playing golf

Don’t roll your eyes: Architects can learn a lot by playing golf

By Robert Campbell, FAIA
I know people will be reading this in crisp October, but as I write I’m hanging on to summer in the week before Labor Day. Summer is a time for many things. One of them, for the right-minded architect, is golf. I realize that I’ll alienate some readers here, but golf and architecture are, I believe, related activities. Golf is said to be an old person’s sport — witness Tom Watson, who almost won the British Open this summer at age 59 — and as we all know, architects, like symphony conductors, tend to flourish in their later years. I.M. Pei was 91 when his museum of Islamic Art recently opened in Qatar.


Mark Twain said, “Golf is a good walk spoiled,” a snotty comment that is usually quoted by people who’ve never picked up that amazingly crafted artifact, a golf club. Twain was seldom wrong, but this time he blew it.

Golf is the only sport that is played in a landscaped garden. A golf course, especially an American one, is the latest and perhaps the final iteration of a great design movement, namely the English country garden of the 18th century, the movement we associate with names like Capability Brown and William Kent. Like Stowe or Stourhead or Rousham, a golf course is an entirely artificial landscape that has been reconfigured in such a way as to resemble the more romantic, naturally sloping meadows of a sheep farm or deer park.

All the old tricks are here: The picturesque grove or single tree sited in exactly the right position to punctuate a view, the rolling contours that seem to be God’s work but are actually the product of shovels or bulldozers, the carefully managed tricks of perspective that make you think you are closer to the putting green than in fact you are, the open axial views to the far horizon (“prospects,” in the language of landscape), or the water feature so placed that it reflects a copper beech against the sky. Even the ha-ha is here, put into service as a hazard that lurks invisibly until you discover it has engulfed your shot. Some golf courses feature actual deer, foxes, or rabbits. I’m talking about the typical inland course, not the “linksland” courses made mostly of sand dunes, which are common in Britain but rare in the U.S.

Golf is not a good walk spoiled. A walk in the country is merely a spectator sport. The viewer is not involved in the scene. But a golfer, like a farmer or a hunter, is deeply engaged with the landscape. And golf is spatial. Your architectural skills come into play. You’re always figuring distances, angles, slopes, textures, winds, maybe the grain of the grass (meaning the direction it’s pointing, which may follow the sun). You’re a kind of land surveyor. If you’re a pro, you will even want to know what variety of grass was planted to surface the greens. You’re alive with all your senses to landscape in all its aspects. Landscape isn’t just there, it matters.
Never the same shot

Golf is also like architecture in that there are no cookie-cutter plans, or at least no good ones. Unlike bowling or tennis, golf is played on a surface in which every course, every fairway, every green is different. In a lifetime, you never play exactly the same shot twice. Isn’t that part of what makes the practice of architecture, too, so fascinating?

Mark Twain should have tried golf. He might have come up with something to rival John Updike’s marvelous short story “Farrell’s Caddie,” in which a wizened caddie steers a callow American golfer around a Scots course. Updike describes the caddies as “hunched little men in billed tweed caps and rubberized rain suits, huddled in the misty gloom,” which may not sound much like your desk critics in design school, but Sandy the caddie coaches his American visitor with a similar mix of encouragement, challenge, and collaboration. Eventually, writes Updike, “Farrell and his caddie began to grow into one another, as a foot in damp weather grows into a shoe.”

I’m no landscape historian, so I consulted some experts as to whether my instinct is right about the similarity between the American golf course and the English country garden of Capability Brown. Betsy Rogers is the founder of the Central Park Conservancy, and her book, Landscape Design: A Cultural and Architectural History, is the only one I know of that deals with golf. On the phone, she gives me a “Yes, but.” Says Betsy: “They’re both designed landscapes, they’re both recreational, and they both go back to the 18th century in the British isles.” She sees the resemblance, but she says golf courses were and are usually designed by golf pros and specialists, and she can’t document any direct influence.

I try Doug Reed of the Boston landscape firm Reed, Hilderbrand, who says, “It sounds so right and believable to me, but I don’t know of any literature on it.”

I phone Peter Schaudt of Hoerr Schaudt landscape architects in Chicago, and here I finally hit a kind of jackpot. Schaudt first says, “I would guess there’s a genuine correlation,” and he then speculates that early golf courses were sometimes converted from private estates, the former garden being directly transformed into the future golf course. Then he begins talking about the late Dan Kiley, the great landscape architect, for whom Schaudt once worked.

Kiley, says Schaudt, was a golf nut who hated Capability Brown and forbade the name from being mentioned in the office. “He thought Brown’s work was a profanity,” says Schaudt. “He thought he ruined many good landscapes.” What were the landscapes he ruined? They were the axial, gridded, geometric parks we associate with continental Europe, the opposite of Brown’s more free-form, more romantic, let’s-pretend-it’s-natural spaces.

“Dan always wanted to design a Le Notre golf course,” says Schaudt, referring to the French designer of the formal gardens at Vaux-le-Vicomte and Versailles. “It would have had a symmetrical, axial plan. When Dan played, he always hit straight short axial shots, and he always beat us younger guys who were hitting longer balls but spraying them all over the course.”

I rest my case. If Dan Kiley despised Capability Brown, and if he wanted golf courses to look more like Le Notre, then he’s at least implying that actual courses are too Brownian.

Dan Kiley was very much a Modernist, of course, not a product of the French Baroque. But like so many classical Modernists, he was in love with grids and geometric rigor. You have to wonder whether anyone has ever attempted a Modernist golf course. What would one look like? Or is the American golf course so deeply imbedded in the mythos of the Romantic movement that any change would be impossible? 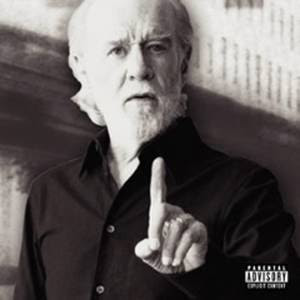 
Isn't it amazing that George Carlin - comedian of the 70's and 80's - could write something so very eloquent...and so very appropriate.

A Message by George Carlin:

The paradox of our time in history is that we have taller buildings but shorter tempers, wider Freeways , but narrower viewpoints. We spend more, but have less, we buy more, but enjoy less. We have bigger houses and smaller families, more conveniences, but less time. We have more degrees but less sense, more knowledge, but less judgment, more experts, yet more problems, more medicine, but less wellness.

We drink too much, smoke too much, spend too recklessly, laugh too little, drive too fast, get too angry, stay up too late, get up too tired, read too little, watch TV too much, and pray too seldom.

We have multiplied our possessions, but reduced our values. We talk too much, love too seldom, and hate too often.

We've learned how to make a living, but not a life. We've added years to life not life to years. We've been all the way to the moon and back, but have trouble crossing the street to meet a new neighbor. We conquered outer space but not inner space. We've done larger things, but not better things.

We've cleaned up the air, but polluted the soul. We've conquered the atom, but not our prejudice. We write more, but learn less. We plan more, but accomplish less. We've learned to rush, but not to wait. We build more computers to hold more information, to produce more copies than ever, but we communicate less and less.

These are the times of fast foods and slow digestion, big men and small character, steep profits and shallow relationships. These are the days of two incomes but more divorce, fancier houses, but broken homes. These are days of quick trips, disposable diapers, throwaway morality, one night stands, overweight bodies, and pills that do everything from cheer, to quiet, to kill. It is a time when there is much in the showroom window and nothing in the stockroom. A time when technology can bring this letter to you, and a time when you can choose either to share this insight, or to just hit delete...

Remember; spend some time with your loved ones, because they are not going to be around forever.

Remember, say a kind word to someone who looks up to you in awe, because that little person soon will grow up and leave your side.

Remember, to give a warm hug to the one next to you, because that is the only treasure you can give with your heart and it doesn't cost a cent.

Remember, to say, ' I love you ' to your partner and your loved ones, but most of all mean it. A kiss and an embrace will mend hurt when it comes from deep inside of you.

Remember to hold hands and cherish the moment for someday that person will not be there again.

Life is not measured by the number of breaths we take, but by the moments that take our breath away.